For decades Central Asia was behind the Iron Curtain, but it’s an extraordinarily beautiful region which is only recently getting the recognition it deserves. Tajikistan in particular is an unspoilt wilderness, with more than half the country lying at over 3,000m above sea level, so if you want to hike, climb, kayak, or raft, this is the place to come.

Nothing beats exploring the so-called “Roof of the World” by mountain bike and luckily for us, pioneering cyclists are starting to open up exhilarating trails. The best way to go on this adventure is in a small group, led by an experienced local guide, who will not only introduce you to some of the most dramatic locations in Tajikistan, but also give you a taste of mountain culture and hospitality. 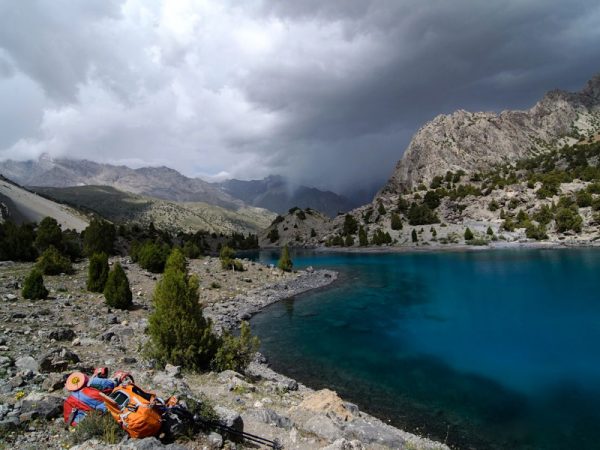 Spectacular lakes of the Fann Mountains.

The Fann Mountains are in the north-western part in Tajikistan, half a day’s drive from the capital, Dushanbe. Although the Pamir Mountains are higher and more famous, a large number of the peaks in the Fann are still greater than 5,000m in height. They’re also more easily accessible, which is important if you have limited time. It is possible to bike here directly from Dushanbe, going through the Anzob Tunnel or over the Anzob Pass, but it’s a rather more pleasant experience to get a lift to one of the Fann villages and start your mountain bike trip from there. 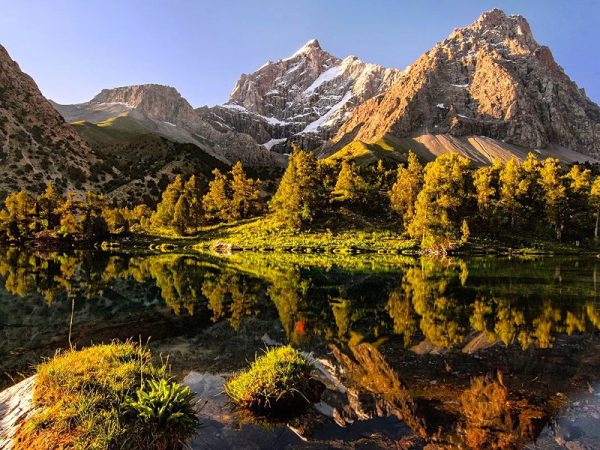 The mountains are rugged, there are few roads, and those which do exist are often unmade. In short, it’s perfect mountain bike territory. Travelling by bike, not only can you cover greater distances than on foot, but you’ll also have an exhilarating kick of adrenaline when you finally summit a pass after a long climb and can freewheel down the other side. 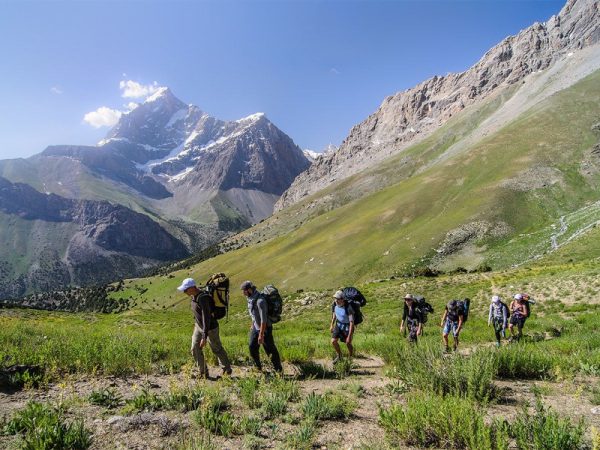 Hiking in the Fann Mountains.

On a mountain bike your environmental impact is minimal, and you’ll be welcomed into remote villages like an old friend. The Yagnob Valley is a highlight of the trip – the people here are the descendants of the ancient Sogdians, and preserve their own language as well as many cultural traditions. You’ll also never forget the striking scenery as you wind your way down to Alexander’s Lake to camp for the night. 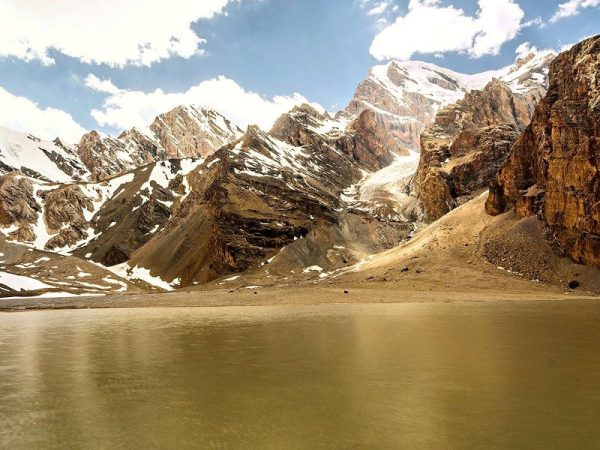 Without doubt, the Fann Mountains are a photographer’s dream. Pristine alpine lakes, high-altitude passes, and meadow-filled valleys will greet you at every turn. The Seven Lakes are the jewel of Tajikistan, and their beauty inspired a local legend. 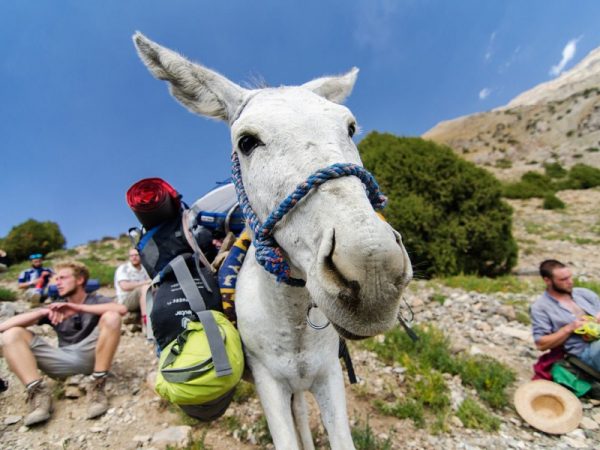 Villagers will tell you that a shepherd had seven divine daughters. Every stranger who saw them would immediately fall in love. A magician was also caught in their spell and asked the shepherd for one daughter’s hand in marriage, but he was rebuked. The Magician was angry beyond belief, and in revenge turned the seven daughters into seven lakes. Now, every passerby can admire their beauty, but no one can possess them. 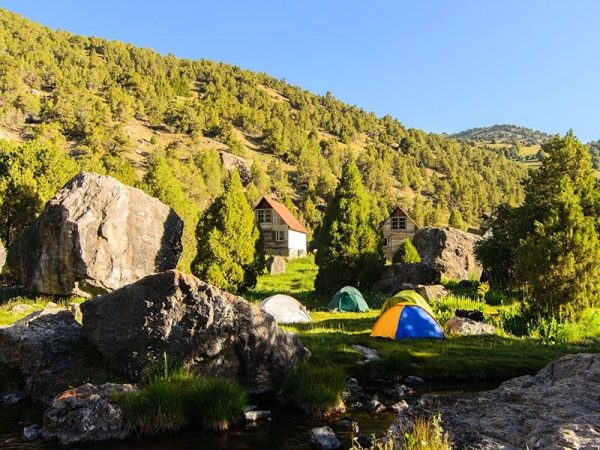 To make the most of the Fann Mountains, and explore them safely, book your trip with Tajikistan’s leading active tour company, Paramount Journey. Their 15-day MTB adventure costs $2,680pp, including mountain bike hire.