One woman’s journey to complete the toughest air race on earth.

Following on from our first feature on paramotoring (read it here), we’re over the clouds to now feature Lara Kjeldsen’s story.

It’s perhaps not surprising that paramotoring is dominated by men—involving the irresistible draw of engines, adventure and, of course, flying—but when Lara Kjeldsen was searching for something to help break the monotony of her day job, as she neared 40, she was drawn towards it. 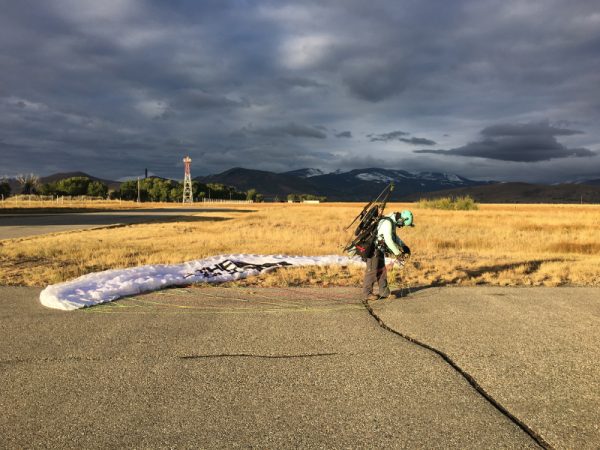 “I’d done a lot of skydiving and loved it, but something about the Icarus Trophy drew me into paramotoring and I couldn’t shake it.”

Racing above the clouds

Paramotoring is effectively paragliding (floating through the sky with a large kite above your head) with an engine and propeller tied to your back. The Icarus Trophy is a 1,000-mile race, which takes place in a different country each year. The race draws an international field of the best paramotorists in the world, but also involves an ‘Adventure Class’ for those who want to enjoy the 1,000 miles at a more ‘leisurely pace’ or are relatively new to the sport—although Lara was pushing it somewhat with just nine months to learn to fly! 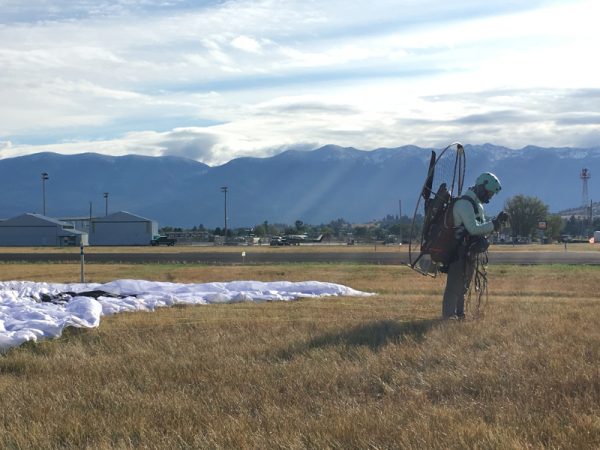 Lara’s first step was a 6-day course where she would be taught the basics of paramotoring: learning to kite (using the paramotor wing whilst still on the ground), to read aeronautical charts, to inspect the motor, to not die and to fly.

“After three solid days of kiting—and the bruises to show for it—they strapped a heavy AF motor to my back, turned it on and told me to run into the sky. It shouldn’t work. We have no business flying.

At first the motor was heavy and intimidating and because my fight-or-flight instinct was to freeze like a fainting goat, I did not take off or even really move at all. But then I remembered that one of my initial inspirations was Blannie Wagner, the small-framed girl with heart disease who paramotors like a pro, and realized my I-can’t-do-this attitude is nonsense. If she can hoist that heavy motor up into the sky, I can at least try. So, I made a kind of hesitant peace with the whirly blade of death and waddled into the sky. It is heaven. I can go up! I can go down! I can go back up! I was flying right up into the clouds.” 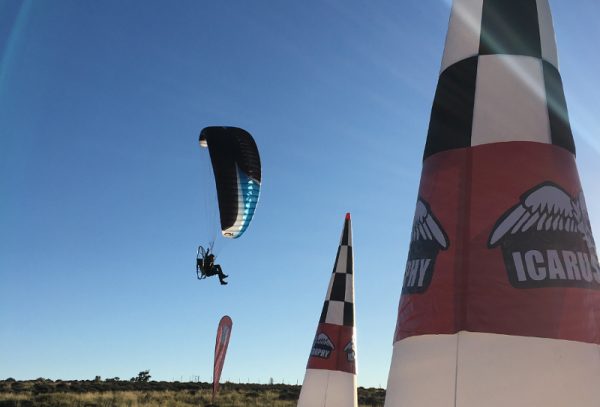 Lara then, under the watchful eye of instructors, had to practise hard for a short warm-up race before the main Icarus event. The weather, however, had other plans. The two-day race in Florida coincided with a weekend of wind and rain, which left experienced pilots grounded, too nervous to fly. Lara, however, thought the weather presented the perfect opportunity to test her nerve and skill in ‘not perfect’ conditions, so strapped on her motor and took off.

Lara pulled through in magnificent style, not only finishing the race but picking up a trophy for being the most adventurous pilot.

A race across America

Then for the big race itself. Flown in America, it started at the Glacier National Park in Montana and ended at Las Vegas, and included flying over deserts, the sublime Monument Valley and Idaho Falls.

After a couple of nervy days early on, “it felt like the hills and clouds were just shoving me around like a couple of jerky older siblings”, and a few engine teething problems, “I lost power in the air and couldn’t climb well, making me think I’d crash into some very tall power lines”, Lara settled into things and began to love the flying
“…it was the most beautiful flight ever. Gigantic rocky peaks on either side, with wide expanses of golden fields in front.”

Flying as the only woman

Once the race was over, which Lara finished in style if not in the quickest time, the highlight of the trip for her didn’t actually involve the flying itself.

“Flying in the race was a paramotoring superstar called Tucker Gott, who has nearly one million subscribers on his YouTube channel, and we were used to a bit of attention around the race because of him. When someone told me that a family with young girls had been following the race and wanted to come and meet me however, as the only woman in the race, I was taken aback. It still makes me feel funny even typing it. 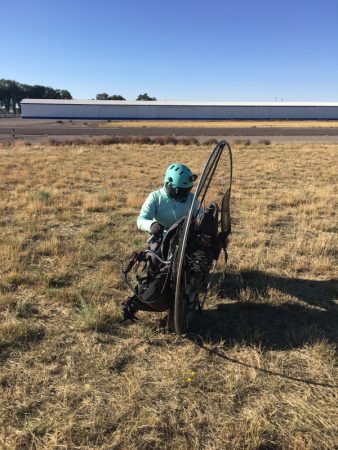 I’m so proud to be a woman in a very, very, very male-dominated sport. I’ve always done traditionally male things, for whatever reason. There is a part of me that likes giving traditional gender roles the finger, and there is the part of me that just likes grease and dirt.

It’s hard for me to accept that I do anything worthy of admiration but meeting the young girls who were rooting for me and looking up to me … well I still don’t know how to deserve that. I really hope those girls go out and do big things and if I’m in any way responsible for that kind of greatness … well I still don’t know. I think it will be one of the highest achievements of my life.”