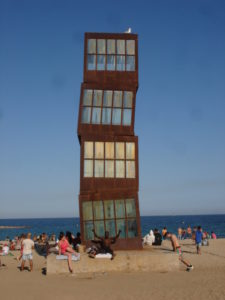 Imagine a city where ancient European architecture merges seamlessly with cutting-edge modern design. A place where super cool skateboarders shoot across pavements and urbanized parks ooze funk; a city where the most popular mode of transport is a Vespa and public bicycles are up for grabs on a pay-as-you go basis. Imagine Barcelona, the most popular port city in the Mediterranean.

I arrived in Barcelona mid-June, the perfect time to soak up the European sun. Travelling solo, I was happy to find that the city is safe and great for walking. My urban adventure started in Plaza Catalunya, the heart of Barcelona. From here you have easy access to the rest of the city and all modes of public transport.  Plaza Catalunya also marks the beginning of a walk down La Rambla, Barcelona’s most famous street. The best part of my three-day stay in Barcelona was that I could reach almost any attraction on foot. Here is my guide to this Mediterranean gem.

La Rambla and Surrounds
Take a deep breath and join the masses for a ramble down La Rambla. As a partially-pedestrianized street, La Rambla stretches from Plaza Catalunya to the ocean. I walked among thousands of international visitors who all flock to this dynamic avenue for a piece of the action. For an organic lunch, stop halfway down La Rambla at Mercat de la Boqueria, Spain’s biggest fresh-food market. Other must-see attractions within walking distance include: The Cathedral (a 13th -15th Century Catalan Gothic style construct), Mercat de Santa Caterina (a fish market with a multi-coloured roof), the Chocolate Museum and the Picasso Museum. Barcelona’s historic district, known as Barri Gothic, borders on La Rambla, so be sure to put a few hours aside for shopping, museum-hopping and wandering through its cobbled streets. 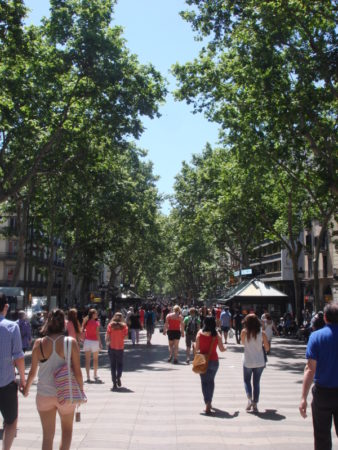 Seafront
Barcelona is a seaside city with a long maritime history. Today the seafront is home to a World Trade Centre, an aquarium, an active harbour, golden beaches and the best preserved medieval shipyards in the world. For decades it was considered the seedy part of town, but the 1992 Barcelona Olympic Games marked the beginning of a huge urban transformation. Since then young professionals and artists have been frequenting this trendy part of town. La Rambla fed me onto the promenade, which is lined with slick restaurants and gelato stalls. I rubbed shoulders with artists, hipsters and sun-worshipers, until I reached Barceloneta, the city’s old fishing district. Situated next to a popular beach, Barceloneta has fortunately maintained its humble roots and fresh seafood is still very much the order of the day. Moms, bare-foot children and pets amble in the narrow streets of Barceloneta beneath draped washing-lines which decorate its skyline. 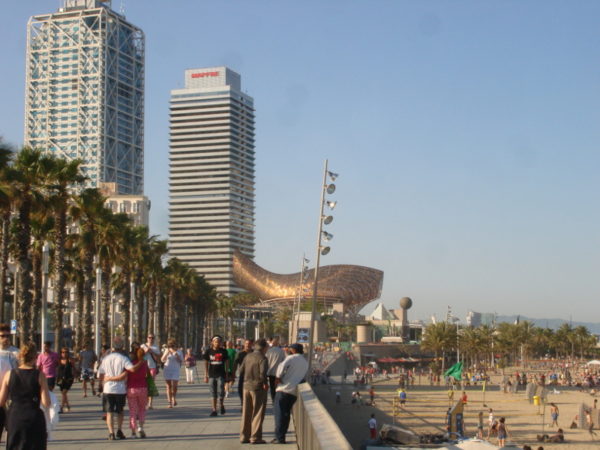 Gaudí Trail
Antoni Gaudí (1852 to 1926) is Spain’s most famous architect and I quickly discovered why. My first introduction to his work happened by default. As I headed back to my Airbnb stay from La Rambla, I noticed a number of people gathered around a building that looked like something out of Lord of the Rings. Curiously, I entered what turned out to be Casa Batlló. Within minutes I was deep inside the belly of the building. One moment I felt as if I was walking through the inside of a whale, the next I was swept skyward by a giant staircase resembling a whirlpool. On the top floor I walked through a passageway made of skinny white arches, and felt as if I walking through a rib cage. Gaudí’s prime inspiration was nature.  His buildings echo something between dragons, the ocean and trees. He masterfully integrated light into his work with the intention of complimenting every available space. He famously said,  ‘Too little light is blinding, as is too much light’. 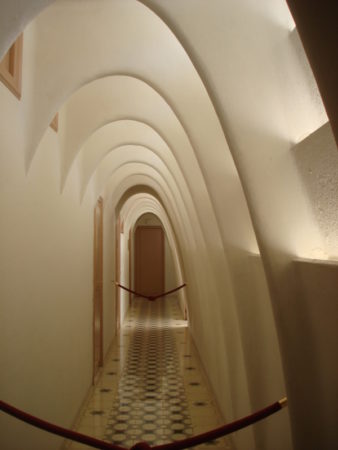 Another excellent creation to see is  his 1890 residential design, Palau Güell. It’s situated just off La Rambla. Built for Barcelona’s elite, Palau Güell boasts a stately interior characterized by dark woods, carved ceilings and a lengthy organ. One of the highlights of the building is its rooftop with 20 colourful chimneys sprouting up against a panoramic vista of the city. In the evenings visitors can enjoy live jazz performances from up here. 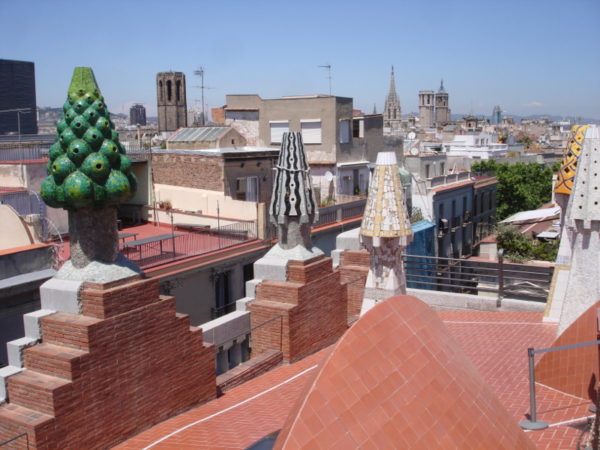 Barcelona’s two most visited sites are Gaudí creations: Sagrada Família (Spain’s most famous cathedral) and Park Güell. First I went to Sagrada Família and joined the back of a very long line. The church takes up an entire city block and its eight towers reach heights of 125m. As I entered his most ethereal design, I was transported to another world of luminous colours and vast spaces. Colossal columns reach toward the sky like huge tree trunks and branch off into objects resembling glass eyes. Gaudí’s premature death in 1926 meant that he never saw his life’s work completed and as a result construction is still underway and set to be done in 2026.

To conclude my Gaudí tour, I headed to Park Güell. When I saw Gaudí’s famous ceramic dragon statue on a flight of stairs, I knew I was at the right place. Tourists hoarded around the colourful beast with cameras in hand. I joined them and then climbed a few more flights of stairs for spectacular views of the city in all its Mediterranean glory.
Montjuïc Hill
Known as the city’s green lung, Montjuïc Hill is worth reaching by bus. Opt for the city sightseeing buses, which take you past the major tourist attractions in Barcelona. The botanical gardens of Montjuïc Hill are where cyclists whiz by and couples kiss beneath shady trees. Hop onto the Montjuïc cable car for spectacular views of the sea and city, and end off at the Montjuïc Castle for equally stunning vistas (entry is free). I walked back to La Rambla from Motjuïc Hill; a good hour’s walk. 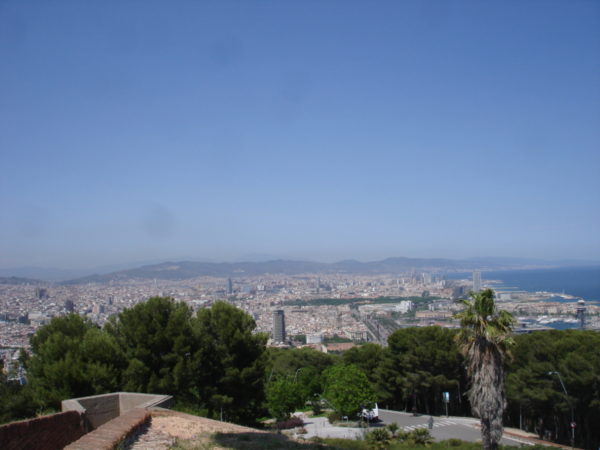 If you’ve had enough walking for one day, the City-Sightseeing routes cover Barcelona’s main attractions. You can hop off at any stop to check out local sites and when you’re ready to jump back on, a bus comes around every 20 minutes. A day pass for adults is 26 Euro and a 2-day pass is 34 Euro. For more information see www.barcelonabusturistic.cat