South Africa’s famed Mother City blends European sophistication with trendy hipster haunts, posh mansions, an interesting array of museums and theatres, and world-class restaurants. With Table Mountain, one of the Seven Wonders of the World, right in the middle of it, and the wild Atlantic Ocean surrounding it, the “Cape of Storms” is also a nature mecca of note. 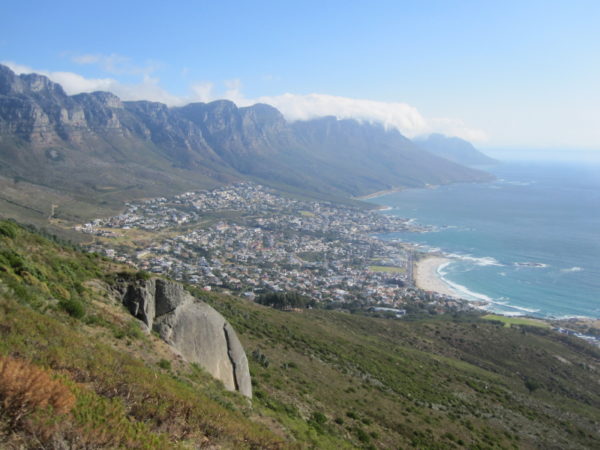 The 12 Apostles of Table Mountain.

Perched on the continent’s southern tip, Cape Town is the crown jewel of Africa. South Africans migrate from the rest of the country for a piece of the playground and most tourists extend safari holidays for a taste of the Cape’s good wines. 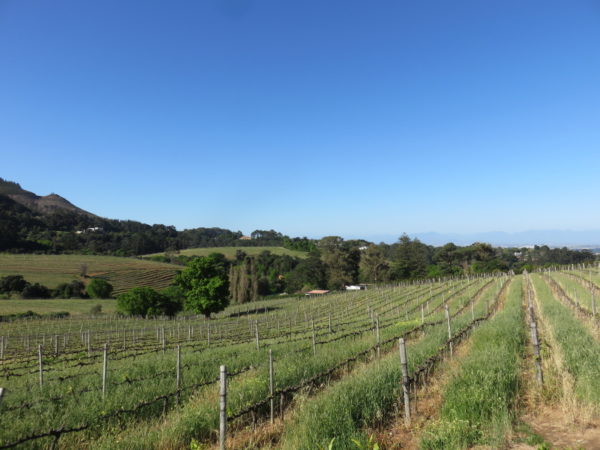 There are many reasons for Cape Town’s popularity. As the oldest city in South Africa, Cape Town finds its roots in the 17th Century when Dutch sailors used it as a refreshment station during voyages between Holland and exotic islands on the spice route. They and the British, who subsequently colonized the Cape, encountered and often clashed with the indigenous San and Khoi people. Added to the melting pot were slaves, brought in from places like India, Malaysia, Java and Mauritius. With such a mixture of cultures, Cape Town holds fascinating and often tumultuous tales from the past. 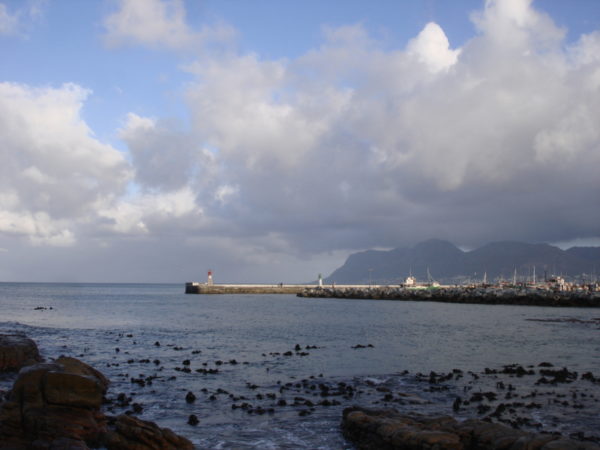 Today the city is home to five million people and for visitors it offers a soft landing into Africa, likened to an eclectic slice of Europe. The truth is that this is a city that suffers from severe inequality. It is when you venture beyond Cape Town’s trendy cafés, rolling winelands, mountain trails and sandy beaches that you see an entirely different side. A mere 20 minute drive from the city centre takes you into the heartland of the Cape Flats. Here hundreds of thousands of people live in abject poverty. 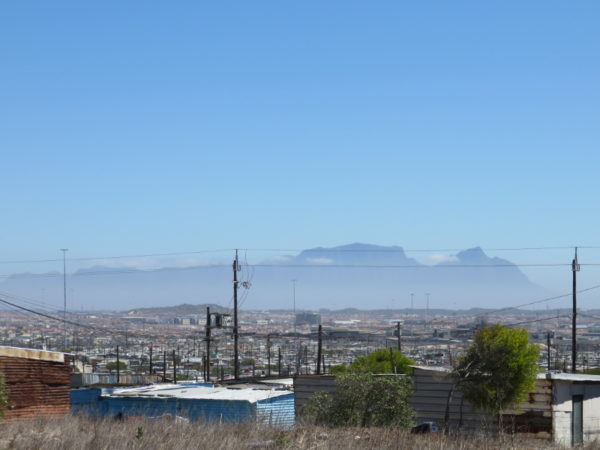 Khayelitsha with Table Mountain in the background.

Countless homes are made of corrugated sheets (unexpectedly often fitted with satellite dishes) and many residents rely on fire for warmth and communal toilets. These shanty-towns (locally known as townships) stretch for many miles along a highway that leads from the airport to the glamorous parts of the city. Outsiders hardly ever venture beyond the highway, but those who do, walk away with mixed emotions. Despite crime, substance abuse and severe poverty; Cape Town’s townships hold a special kind of community spirit, not often found in the wealthy suburbs. 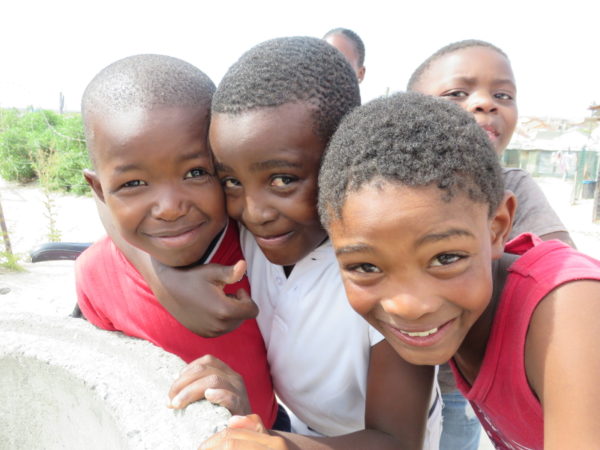 Children who live in Khayelitsha.

In neighbourhoods such as Khayelitsha, Gugulethu and Langa; children play on dusty streets and are looked after by a collection of moms, Xhosa women sell chickens from street barbeques and weddings are celebrated with the slaughtering of cows and communal song. Traditional healers are commonplace and trusted to cure everything from jealousy to back pain. In these parts you’ll feel far removed from your imagined Cape Town. The vast divide between the rich and the poor is what makes South African cities as a whole both interesting and troublesome. On the one hand Cape Town has neighbourhoods that are notorious for gang violence; on the other it wins prizes for being one of the world’s most beautiful cities. 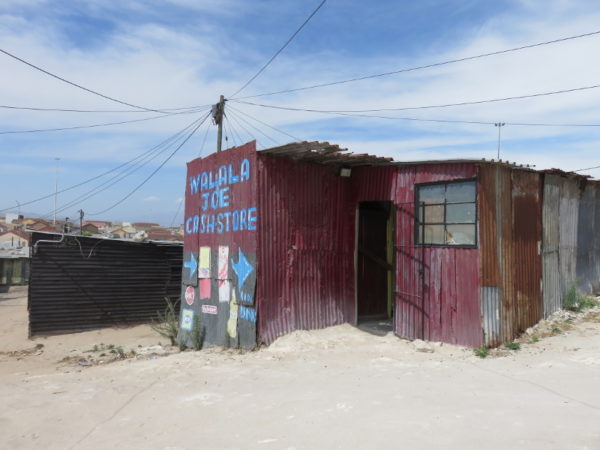 It’s hard to fathom that a few miles from the Cape Flats are the leafy Southern and Northern Suburbs. Predominantly occupied by white citizens, these suburbs remind one of typical middle-class American neighbourhoods. Soccer moms drive SUV’s, children go to excellent schools and an average-sized property would have housed close to fifteen shacks in the vastly different world down the road. People go to parks, the cinema and fancy restaurants. Situated in the Southern Suburbs are Bishopscourt and Constantia – home to the high-income earners.Plots comprise of manicured gardens and come with five-bedroom mansions. Princess Diana’s brother, for one, once owned a house in these parts. For all their wealth, these neighbourhoods lack the spirit of community found in the Cape Flats. High-fenced plots mostly deplete streets of playing kids and chatting neighbors. 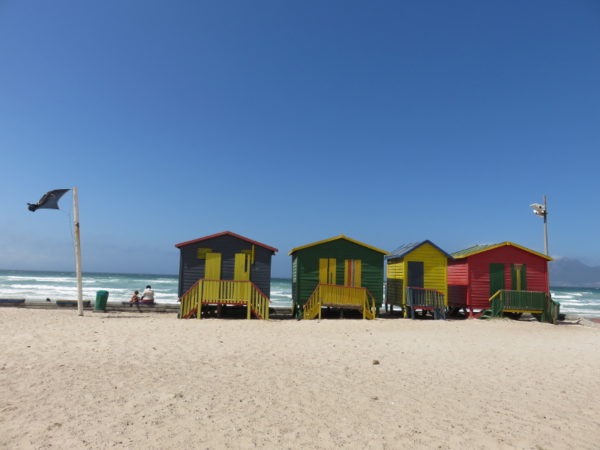 The city’s other neighbourhoods hover somewhere between rich and poor. Hout Bay, which wraps around a beautiful cove and is flanked by mountains, is home to millionaires and shack dwellers. Woodstock and Salt River, previously run-down and partly industrial, are where many young professionals live, as well as homeless people. The city centre and the Atlantic Seaboard are where affluent folk live and where the masses commute to from places like the Cape Flats. The centuries-old, colourful and traditionally Muslim Bo-Kaap area is found right next to the city centre’s skyscrapers and is home to a broad spectrum of Capetonians. 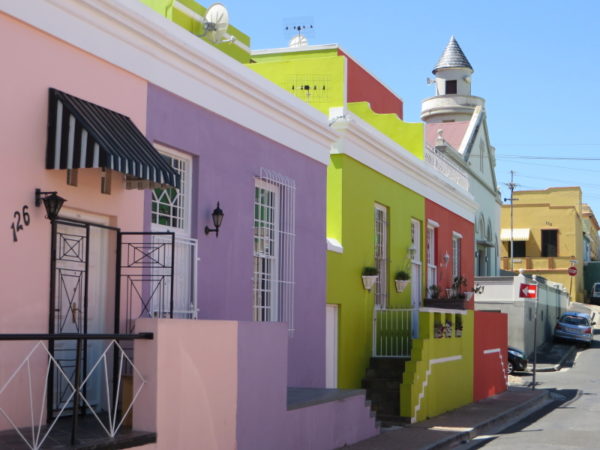 Colourful houses of the Bo-Kaap.

So it is that Cape Town has it all – a soaring mountain range, the oldest winelands in South Africa and an astonishingly beautiful coastline – but it also has unemployment, crime and poverty. It’s only when you delve into Cape Town’s many facets that you can truly start to appreciate its complexities. Those who call Cape Town home love it for its drama, puzzles, diversity and infinite potential.