The locals will tell you proudly that if you rolled Kyrgyzstan out flat, their tiny but incredibly mountainous Central Asian country would be larger than China. The peaks are omnipresent, visible even from the heart of the capital. And as adventure tourism in Kyrgyzstan is starting to kick off, it’s the perfect time to climb, hike, ride, and raft, and to discover the Kyrgyz people’s unique nomadic culture. 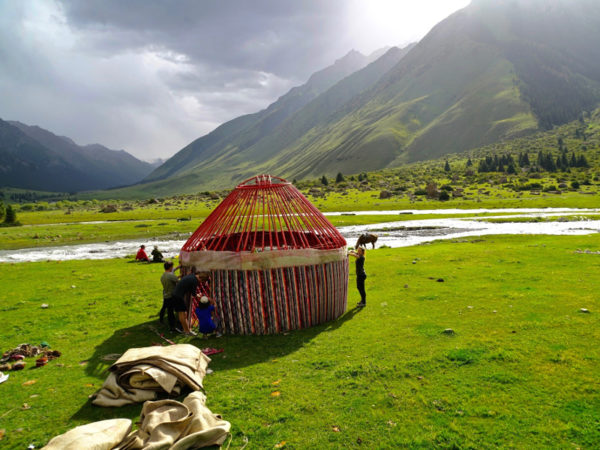 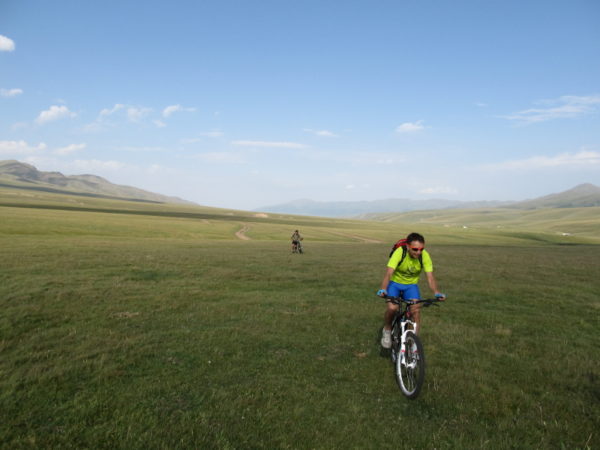 Hike in a national park

The Ala Archa National Park is just 30km outside Kyrgyzstan’s capital, Bishkek. It’s an alpine reserve once used to train Soviet mountaineers, but there are plenty of hiking trails to explore for even casual walkers. 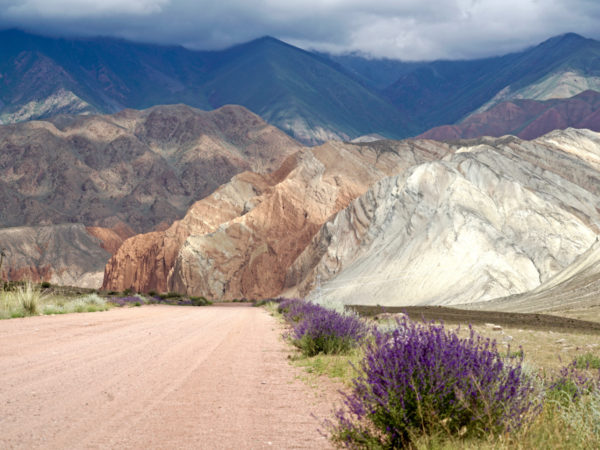 The forests comprise of junipers — trees said to drive away evil spirits — and you can expect to see wild goat, marmot, and roe deer. There are endangered snow leopard in the upper reaches of the park as well, but as they’re exceptionally shy you’ll have to be eagle-eyed to spot one! 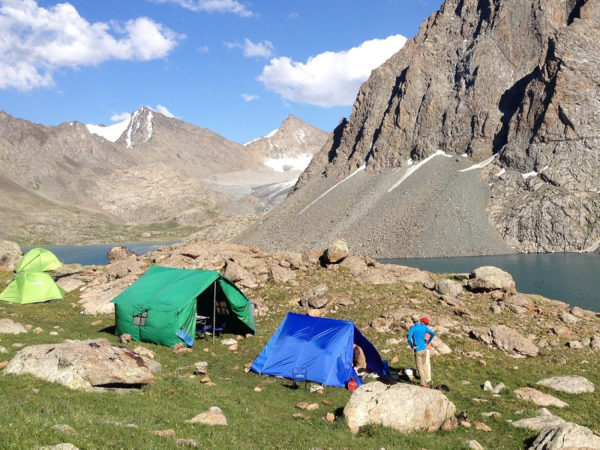 Swim in the lakes

Issyk Kul is known as “The Pearl of Kyrgyzstan”. It’s the second largest mountain lake in the world after Lake Titicaca, and though it is high in the Tian Shan Mountains, the water never freezes because it is slightly saline. There are quite a few Soviet-era resorts along Issyk Kul’s northern shore, but the best spots to swim are to the south. Many of the beaches fall within the UNESCO Issyk Kul Biosphere, and in summer the water’s gloriously warm. 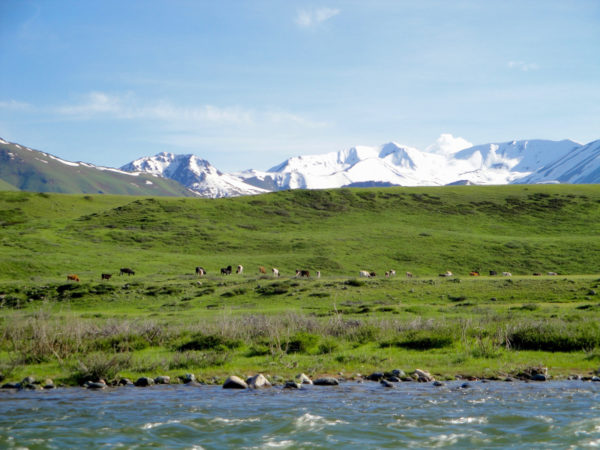 Ride through the valleys

What would a nomad be without his horse? Ancient ballads tell of this intimate bond. If you want to ride (whether you are a complete beginner or an experienced horsewoman), there’s no more scenic place to do so than in the Chong Kemin Valley. 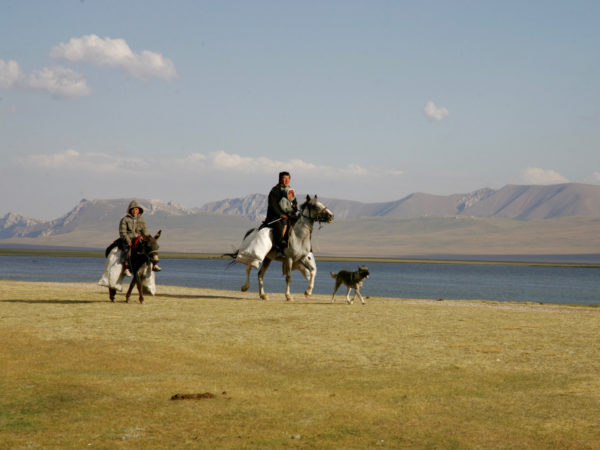 Kyrgyz horses are stocky mountain ponies, not dissimilar to polo ponies. You can horse trek for hours through grassy meadows along the river, or meander up the hillsides for spectacular views of the mountain pastures and streams. 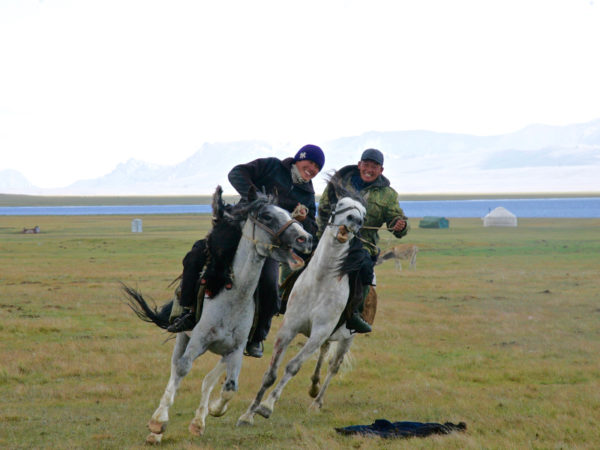 Learn to hunt with eagles

Did you know that you can train a golden eagle? For at least 3,000 years Kyrgyz bürkütchü (falconers who hunts with eagles) have raised their birds from chicks, bringing them in to their homes and steadily building a relationship of trust. 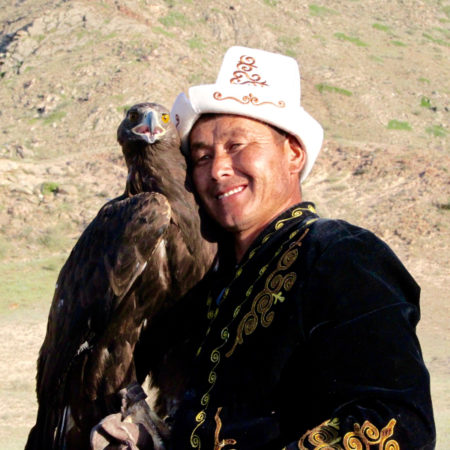 In the village of Bokonbaevo in Issyk Kul region, a few men still preserve this ancient tradition. Watch them set their prized eagles free to soar in the mountains, to catch rabbit and other small game. And they always return at will to their masters.

Stay in a nomad’s yurt 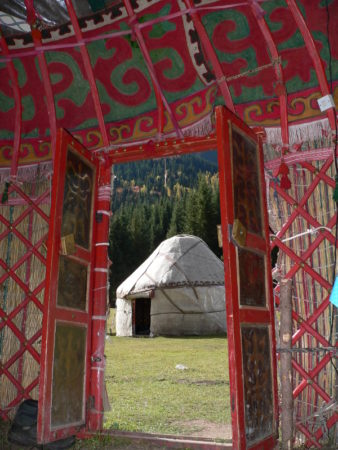 Community-based tourism (CBT) is thriving in Kyrgyzstan, and staying with a family is the best way to appreciate local culture. There are home stays in many of the village, but for a more unusual night or two why not stay in a yurt? CBT groups have set up yurt camps in several stunning locations, including on the shore of remote Song Kul. Rising early from your bed, as the mist is still rising from the lake, you might be expected to help milk a horse, or round up the sheep, even before you have breakfast!

Kalpak Travel organises small group tours and independent itineraries to Central Asia. The 8-day Best of Kyrgyzstan programme includes a yurt stay, horse riding, and meeting with an eagle hunter, and costs from €1,590 per person. 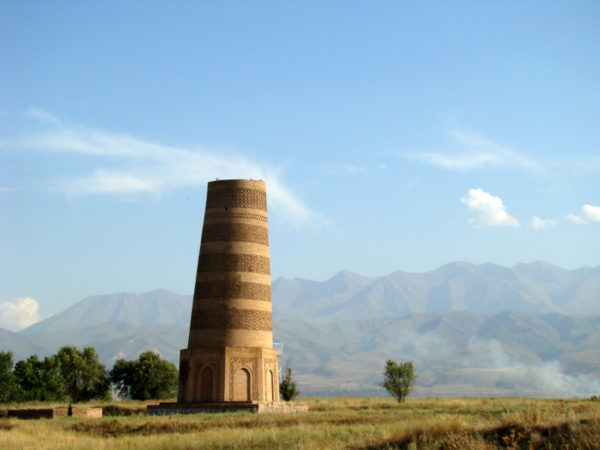