My recent expedition to India surmounted my expectations. The country regularly takes all your senses for a simultaneous, bell-blazing, fast-paced bhangra, and just as suddenly, swirls you slowly into a lullabied stillness.

In the Himalayas, with my guide Swami-ji. He lived in a cave nearby for 2 years! In this picture we’re about an hour away from the glacial source of the Ganges.

I was lucky to begin the trip within the shelter and guidance of a yoga retreat organised by my yoga teacher, Jim Harrington. We travelled in the North-East, which is rich in spirituality and vast natural spaces. While tracing up the banks of the Ganges, towards the glacial source, we focused specifically on refining meditation techniques and discussing yoga philosophy. I continued on my own, making my way down to Rishikesh, where I spent two weeks in a traditional ashram fine-tuning the practices that I had learnt, and exploring the scientific experiments in their yoga lab. The finale of the trip was spent with my partner, travelling down the South-West coast, a different world when compared to the tranquil northern regions.

If you are interested in a subject, a valid source of information is important. Ancient information has been the subject of multiple generations of broken telephone and naturally, it tends to get tangled along the way. The Vedic scripts were recorded by scratching sanskrit symbols into dried leaves and constitute some of the earliest-known documented human records. The ashram, where I stayed, keeps original engraved leaves in their vaults, and based off those preserved writings they are using state of the art technology to explore their practice in a modern fashion. There was a stunning presence of legitimacy in the information being presented to us.

Modern urban civilisations stimulate a fast-paced and, oftentimes, competitive mindset. Yoga practices are not always exempted from this double-edged society. The traditional way of practising is tempered in comparison. I was often told to stop trying so hard. Calming my practice down was frustrating, and then bearable, and then incredible. I felt no pressure to perform and began to truly connect my mind and body on more intricate levels. Upon return to home, I found my asana practice to be stronger and cleaner than ever before.

An ashram that we stayed at for a few days, nestled in a Himalayan valley, on the banks of the Ganges.

A Perfect Platform for Contemplation

While practising in India, there was a lot of time spent in solitary silence. These moments were the richest of my time there. There is so much power in observation and stillness. Traditional yoga practice highlights the mantras, which are often excluded in rushed exercises elsewhere. Nature, spiritual sites and human energy play an integral role in deep contemplation. India is vividly seasoned with these ingredients, making it the ultimate place to slow-cook and curry-spice your mind. On cooking… The food in India is glorious! It’s a reason to visit on its own. 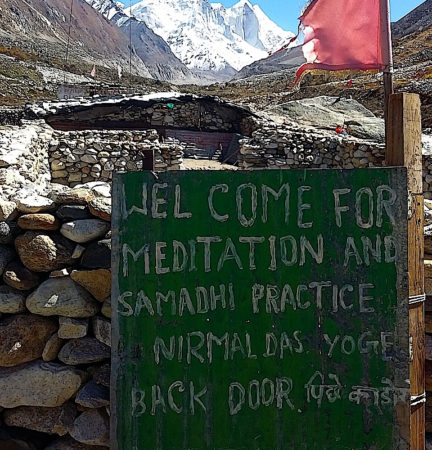 A meditation cave in the mountains.

Leaving the spiritual spaces and engaging with the other faces of India was the ultimate mental challenge. Attempting to preserve my mountain-induced serene mental state while being constantly exposed to natural wonders, over- stimulating bustling streets and dazzling markets was definitely challenging! I left the sub-continent feeling wiser and more capable than ever before, and yet humbled to the realisation of the lifetimes’ worth of knowledge out there left to explore. India taught me many things and left me with as many questions – I’ll go back, and I’ll accept the challenges and pleasures of travelling with both my physical body and my mind.

Read more of Zoelle’s posts: 9 Simple Yoga Practices for your 9-5 Desk-bound Job & The Best Diet Advice from our Yoga Expert. 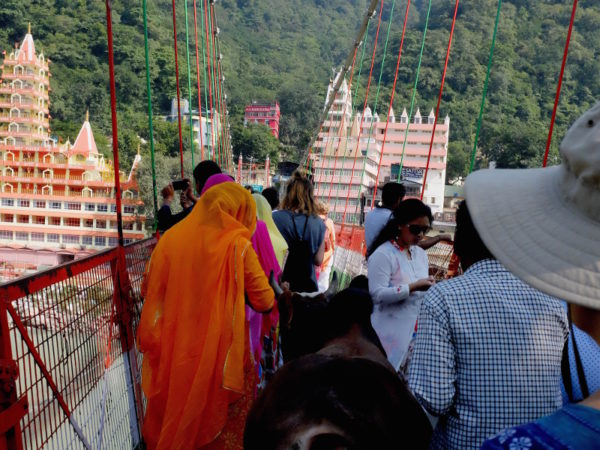 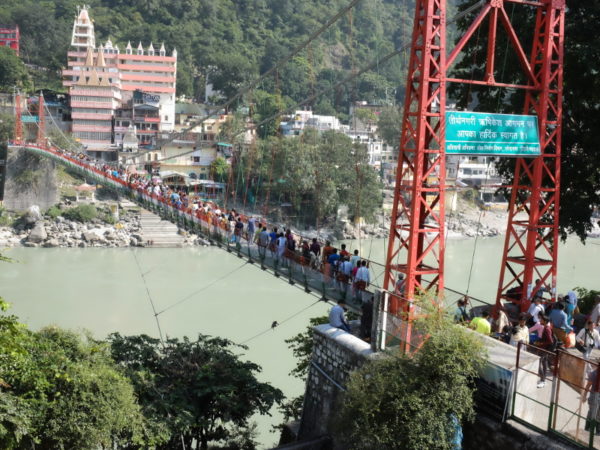 Yoga was introduced to Zoelle Horowitz as a teenager during dance training. It was then forgotten about during strenuous years at medical school. The life of a young doctor was emotionally and physically taxing and caused Zoelle a lot of strain. She began to battle with stress levels and was horrified at how her body was deteriorating. Yoga found Zoelle again at an important juncture and reminded her that she needed to take care of herself to be able to help others. Zoelle is inspired by the synergistic relationship of yogic life and health, and incorporates yoga into every adventure that she embarks on.