“There are less than 100 women riding bikes in Afghanistan.” 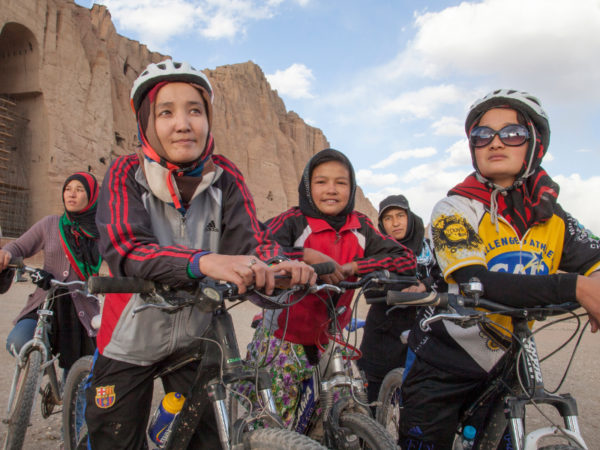 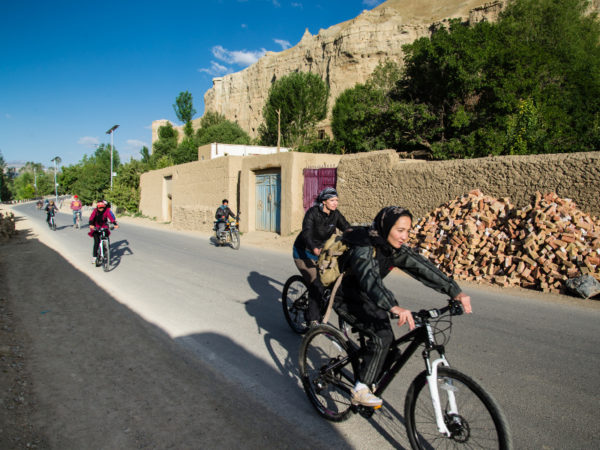 How did you get involved with the Afghan Women’s Cycling Team?

In 2012 I met the members of the men’s national team and their coach. At the time Mariam Seddiqi was with the coach and she was introduced to me as his assistant and a member of the women’s team. I was shocked, as no one had heard about or covered the Afghan Women’s Cycling Team in the press. I was really excited to meet local women who had been allowed to cycle. Mariam was the strongest in the team of four and a sort of hen mother to the other younger women. Sadaf, another rider, was one of Miriam’s close friends, and worked in a beauty parlor to help support her family. These two were the most serious members on the team, but when I caught them off-guard their humor came out. The other two members were Massouma and Nazifa. They were just learning to ride the bike at that stage and were both at school. Massouma is in university now, and Nazifa just graduated midwifery school and is working in a hospital. There were a few other girls learning to ride bikes, but these four formed the heart of the women’s team. My role has been to train and support them. 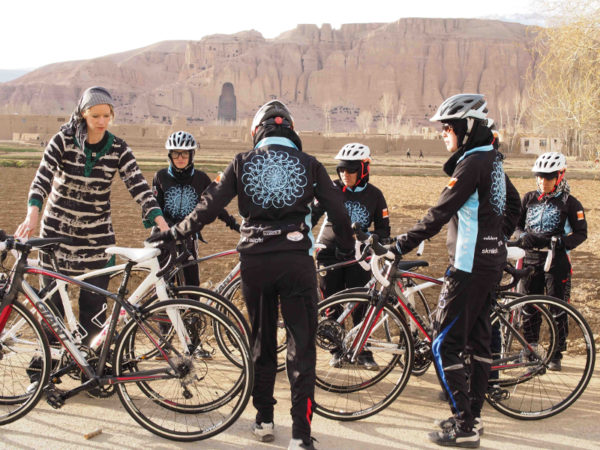 How has the women’s team fared on the international stage?

They have won races against their counterparts in Pakistan and India in the past, but beyond the region they struggle to compete due to lack of training and coaching. This is compounded with corruption within the Afghan Olympic Committee and the Afghan Cycling Federation itself, which adds another barrier to training and success. Their goals are high – the Olympics and Tour de France – but until they can get real coaching and real opportunities to compete regularly, these will be difficult to achieve. 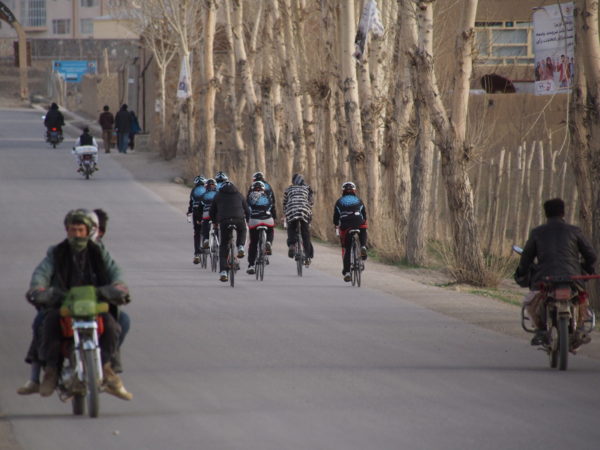 What is bicycle culture among women in Afghanistan like?

Riding a bike has been a deep-seated taboo for Afghan women, and remains so today despite the progress and exposure in the media for the team. There are less than 100 women riding bikes in Afghanistan – it’s still hugely controversial and the girls who take these risks do so knowingly. Their honor and their safety are at stake every time they ride. But they do so because they believe they can ultimately change this culture and that change only happens with action. These women are on the front line of change, and they are leading by example. 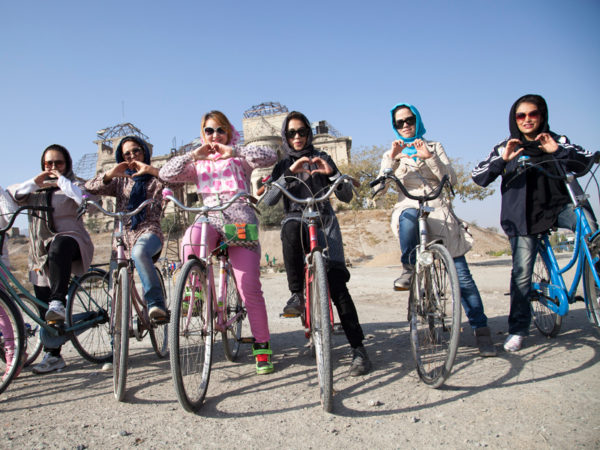 Describe a day in the life of a woman in the Afghan Cycling Team.

The majority of the women in Kabul and Bamiyan (where a second team has formed) are students, but some have jobs to help contribute to the family. The girls in Bamiyan ride their bikes nearly every day, as transportation to and from school, and longer training rides with other girls and local boys. The girls in Kabul are only allowed to ride when they are accompanied by their coach. They are completely dependent on him. He typically takes them out twice a week, but they’d like to train more regularly. Their schedules in high school, university and work are similar to girls in the West, but their freedom to train independently is more challenging. 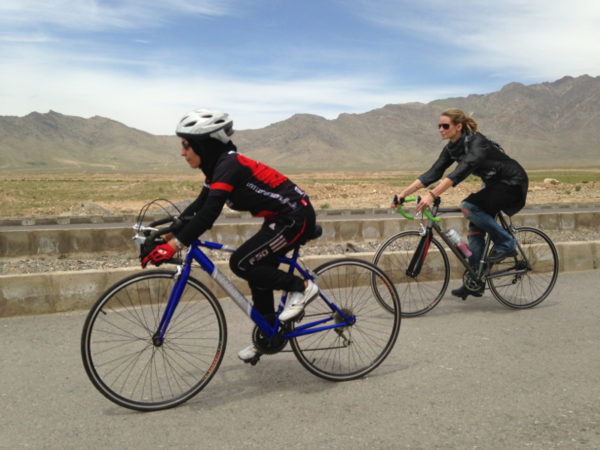 How has cycling changed the lives of the women in the team?

The self-confidence that cycling has instilled in each of these women is immeasurable. They talk about how they feel free, as if they are flying when they ride their bikes. I can relate to this feeling – I feel my strongest, freest, and most courageous on a bicycle. I feel the most ‘me’ when I’m mountain-biking, and I see that same expression of individuality and self-awareness in the Afghan girls when they ride. They are challenging an enormous taboo by riding, and they know the risks, yet they continue to ride and do it with huge smiles and gritty determination. 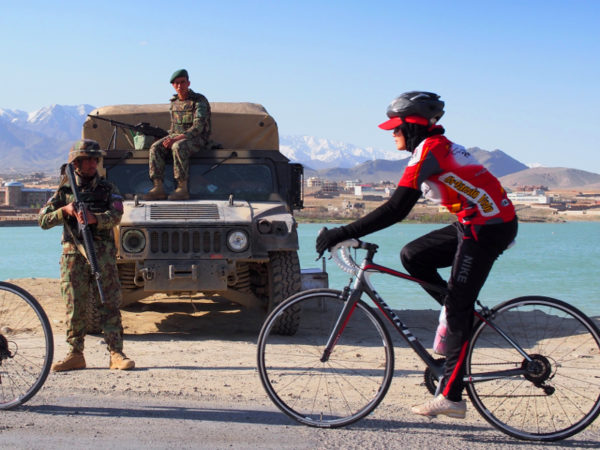 Shannon lives in Colorado and is the founder of www.mountain2mountain.org and Dirt Therapy Productions.

If you would like to contribute to Women4Adventure and have your own profile displayed, please visit the "Write for Us" page. It is found under the "Contact Us" drop-down.