The thought of Durban conjures up images of tropical beaches, hot curries, Zulu pride and sugar plantations. It is an intoxicating combination of factors that draws visitors from afar to South Africa’s east coast. This city, a perfect blend between Miami, Mumbai, England and Zululand, dishes up some of our warmest flavours, experiences and people. It also has plenty of outdoor action for adventurous women. We’ve rounded up a few of Durban’s best. 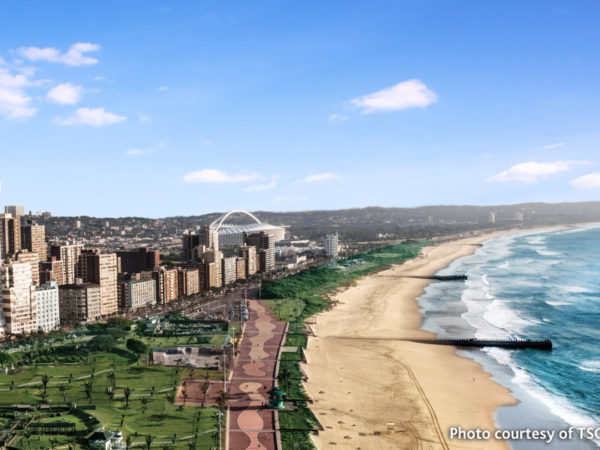 Golden Mile: Take a walk down the Durban promenade, which stretches eight kilometres from Blue Lagoon to Ushaka Marine World. This is where cyclists, runners, skaters and rickshaw drivers weave among a throng of walkers. You’ll find surfer’s swell, Indian food stalls and uber-cool cafés such as Bike & Bean where you can grab a flat white and rental bike. While in the area, go on a harbour cruise or sign up for a two-minute ride in a SkyCar to the top of the Moses Mabhida Stadium for 360-degree views of the city. If you’re brave enough, take on the Big Rush Big Swing and freefall 80-metres into the centre of the stadium. Websites: www.bikebeandurban.com; www.mmstadium.com. 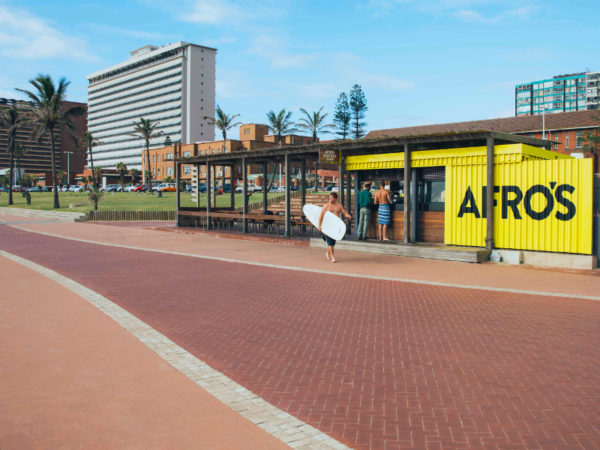 Surf, SUP & Yoga: Spend your time in Durban doing yoga on the beach, surfing and learning to stand-up-paddle-board. Surf.Sup.Yoga offers regular one-to-six-day retreats that combine activities with relaxation on the beach, eating wholesome vegetarian meals and exploring the coastline of Durban. Website: www.surfsupyoga.co.za. 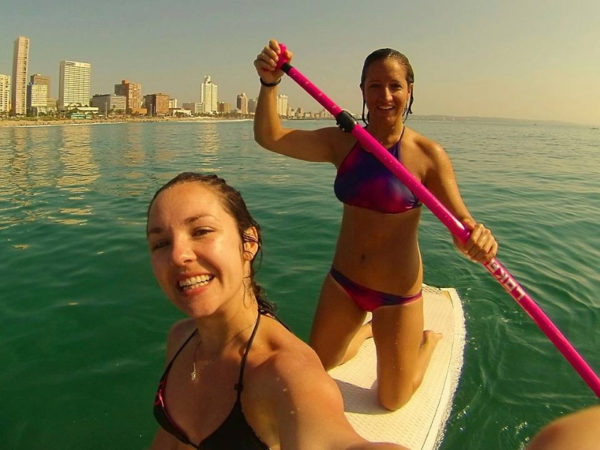 Rastafarian Caves & Mzinyathi Falls: The Mzinyathi waterfall, where the Mzinyathi River cascades 100m down a sandstone amphitheater into the Mzinyathi Gorge, is situated 20 minutes by car from Gateway Mall and is one of Durban’s greatest hidden secrets. Here you’ll find thick forests, towering cliffs and excellent terrain for rock climbing. 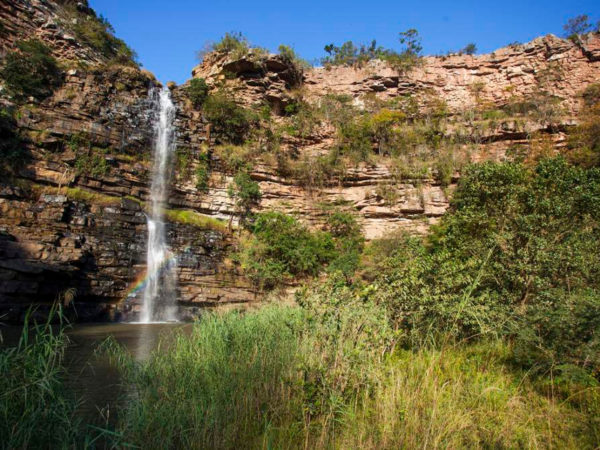 The Rastafarian Caves are also found in the gorge and on weekends a community of Rastafarians (many with regular jobs) commute back to the caves for worship. Accessed using a hidden path, the caves come with well-constructed stone rooms and may only be visited by prior arrangement. Durban Green Corridor offers guided hikes into the gorge. Other available tours focus on Zulu culture and eco and adventure activities. Website: www.durbangreencorridor.co.za. 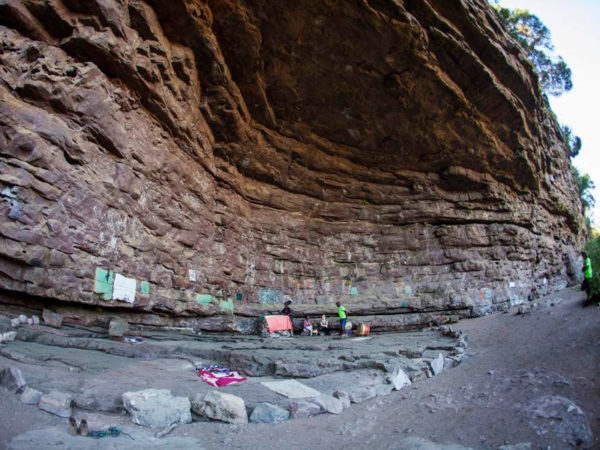 Heritage Walk: Rich with places where great battles have been fought, KwaZulu Natal has a tumultuous and legendary past. Over time it’s seen the comings and goings of some renowned figures from the past: the Great Zulu warrior King Shaka, Mahatma Gandhi, Albert Luthuli and Dr. John Dube to name a few. This is also the province where Nelson Mandela was captured in 1962, leading up to his 27-year-long prison sentence. During the 1900 Battle of Spionkop three people who would in time become highly influential leaders were all present: Winston Churchill, Mahatma Gandhi, and Louis Botha. Join Street Scene for a mammoth eight-hour Durban heritage walk to some of the city’s most prominent historical places. Website: www.streetscene.co.za. 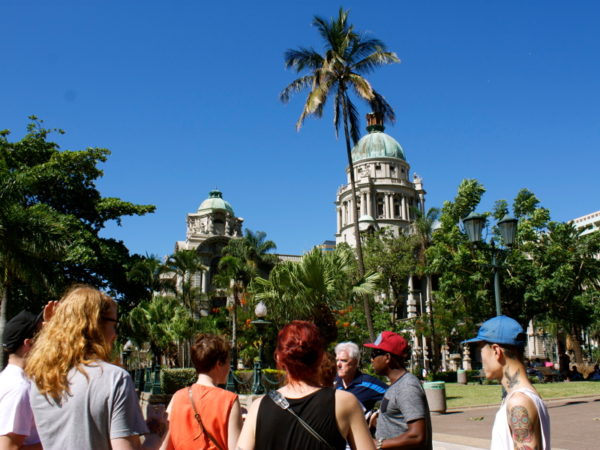 Architectural Walking Tour: Join a free BESETDurban architectural walk for an eye-opening urban exploration. The BESET team arranges regular public walks in specific areas of interest around Durban. Former walks included Florida Road, Rivertown and Warwick Markets. Participants will learn about local architecture, history, interesting tidbits and even the odd urban myth and are often led by architects, city officials, urban planners, designers, historians and professors. Stop, reflect, listen and observe, as you wander through Durban. Website: www.besetdurban.com.
Graffiti Tour: Join a guided Street Scene graffiti tour to learn about Durban’s hippest underground form of art. Gain insight into the history, culture and identity of Durban as depicted by graffiti artists, while you walk from one multi-story mural to another. During periods of repression, graffiti was often the only way for marginalized people to express themselves and develop a relationship with art. On this tour you’ll be guided from the South Basin to Rivertown. Website: www.streetscene.co.za. 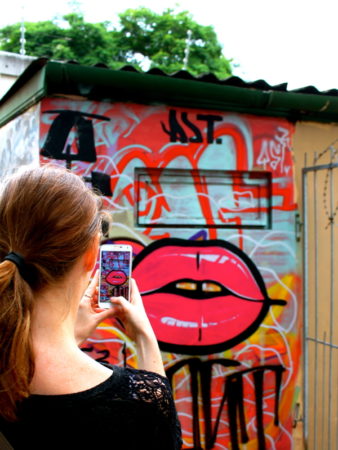