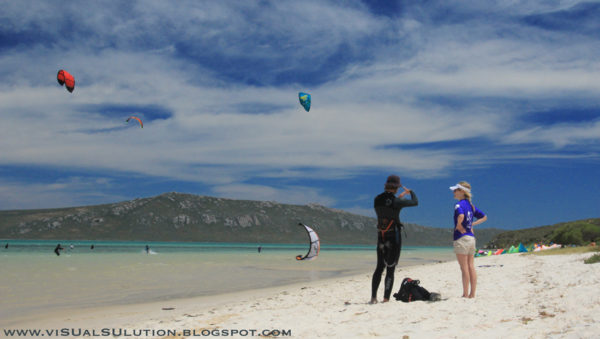 “A drop in wind is known as a lull and a sudden increase is known as a gust,” said Adam,  my kite-surfing instructor. I held onto the bar as the large kite dragged both of us through the turquoise water of the Langebaan Lagoon. Suddenly the kite lifted me out of the water and into the air. As Adam pulled me down to earth, sheer exhilaration made me shriek with laughter. For a beginner, conditions were perfect, but all along the beach I could see disgruntled kite-surfers hoping for more wind. 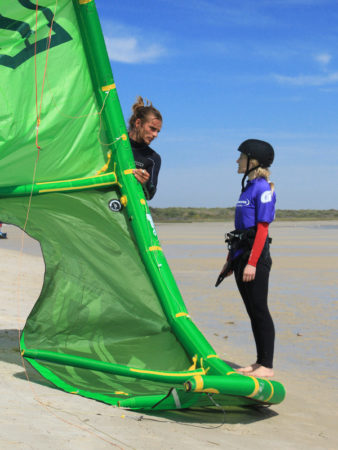 Langebaan, situated on South Africa’s West Coast, is rated one of the top wind-surfing spots in the world for consistent wind (alongside Blouberg Beach) and its lagoon is the best place in the country to learn the sport. Wind fanatics from across the globe come to its gusty shores and on any given day visitors are bound to see the shoreline decorated in colourful kites. 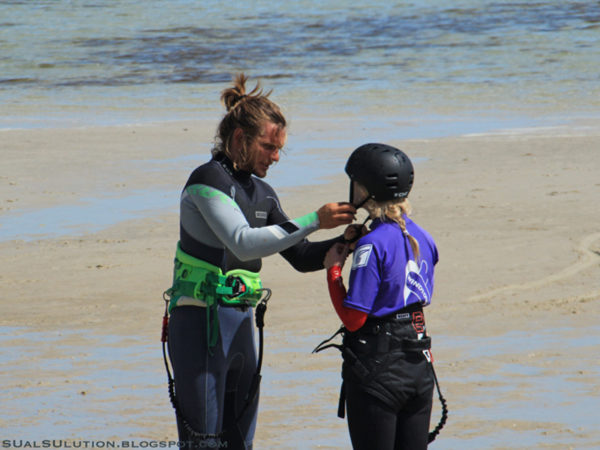 Windtown Hotel
Earlier that day I hit the West Coast road from Cape Town and an hour later I arrived at the Windtown Hotel in Langebaan. Windtown opened in 2012 and has since attracted visitors from Cape Town, Johannesburg and abroad. As one of the most exclusive developments in the area, the hotel boasts a spa, a restaurant, a pool, a water sports shop and 28 trendy bedrooms suitable for families, couples and single visitors. Kite surfing, windsurfing and Stand-Up-Paddling lessons can all be arrange through the hotel. The Windtown brand was started in Brazil by a Dutch couple keen on kite surfing.  After achieving much success in Brazil, they decided to open another one in a top kiting destination. They knew they had found what they were looking for when they arrived in Langebaan. 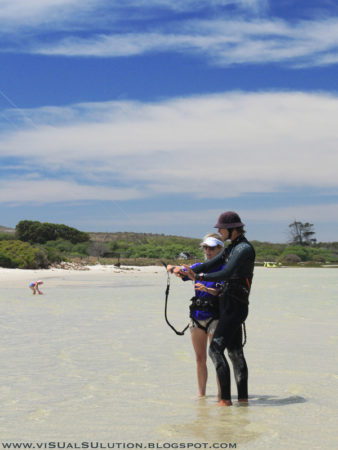 The Lesson
Shortly after checking into my room, it was time to learn the tricks of the kite. I am a self-proclaimed caution queen. Adventure is my second name, but when it comes to extreme sports that could lead to injury, I’m conservative. Contrary to some of my most dire suspicions about kite surfing, my lesson proved to be almost risk-free, with Adam being in full control at all times. In fact, by the end of my lesson I was ready to take on the board and kite by myself. “We are trying to introduce more women to the sport,” explained Adam. “Women are better listeners than men and as a result they tend to start boarding much faster than men do,” he said. One of Adam’s policies is to never teach couples together. “The girl is usually boarding before the guy, which leaves me with a very agitated guy!” 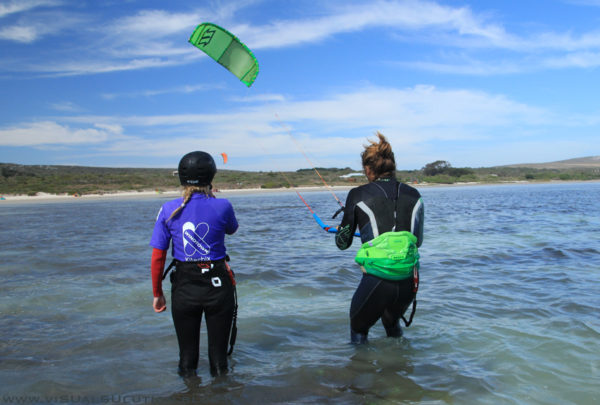 My lesson started with a quick theory session on the beach during which I learnt about wind direction and the effect it has on the kite. Next, I practiced maneuvering a trainer kite in the shape of an 8. Adam was impressed and soon we progressed to shallow waters with a bigger kite in hand. The increased power of the bigger kite soon became evident. At first I held onto Adam’s harness as the kite pulled us through the water. He then clipped himself to me and handed over the reins. For a ridiculously fun half-an-hour we were dragged through the water at impressive speeds. According to Adam, 70% of kite surfing is kiting technique and the rest is boarding. I was over half-way there! It was easier than I had ever imagined. 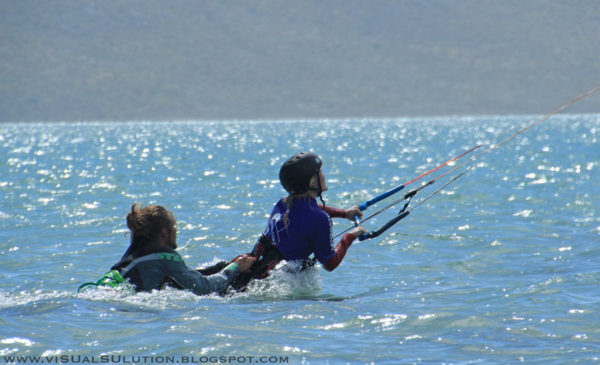 New Friends
Content with a healthy day in the sun, I headed back to Windtown for a braai (BBQ) with my new kite surfer friends. One of the women in the group was a regular kiter and I was surprised by her Zen take on the sport. “Kiting is like breathing, the constant motion of moving the kite in an 8 is like inhaling and exhaling; it’s the perfect rhythm,” she said. “It also teaches you about trust – you have to let go of the bar when the kite’s power is too strong, even when all you want to do is hold on.” 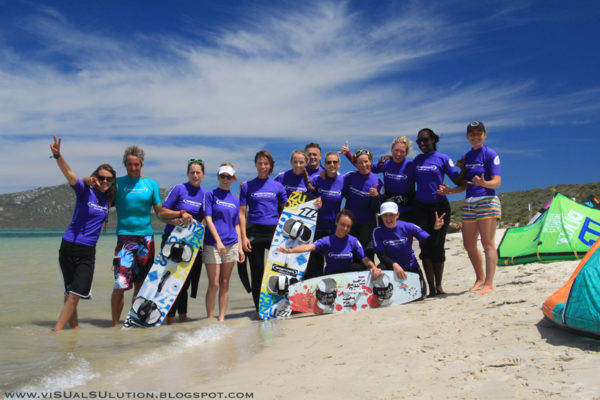 About: Windtown hosts a number of 5-day Kitechix events every year to introduce women, of all fitness levels, from around the world to the sport in a fun and interactive way. Itineraries include activities like kite surfing and stand-up-paddle boarding lessons, braais, yoga and beach horse-riding. For more information on Windtown and its Kitechix events see: www.windtown-sa.com or contact reservations@windtown-sa.com/ Tel: 022 7721064.
First published in Travel Ideas Magazine.