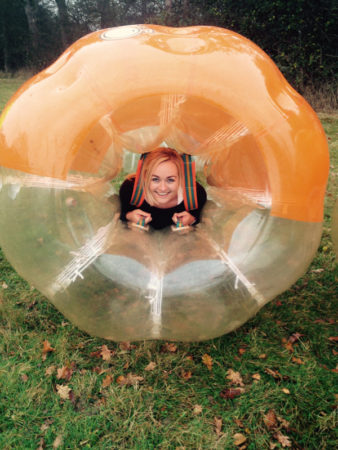 I was recently asked by my boyfriend’s sister to be her bridesmaid. It came as a surprise and needless to say I was hugely honored. The bride-to-be is a popular woman with many friends and so it fell on me and the two other bridesmaids to organise a hen weekend away for 19 girls! Quite a daunting task, which entailed countless emails going back and forth and plenty of Skype calls. In the end we rented a house in the English countryside and opted for an itinerary that involved a lot of champagne and active games.

On the Friday night we piled onto a train at London Bridge Station and headed to Buxted. The house was beautiful and came with large chill areas, a tennis court and rolling hills. Girls being girls, everyone got stuck in and helped with chores like washing dishes.
Bubble Football
After a lazy brunch on Saturday, Keith the bubble-football instructor arrived. He set up right outside the house and invited us to join him on the lawn. Ten gigantic plastic bubbles were waiting for us.We wormed our bodies into the bubbles and started playing. 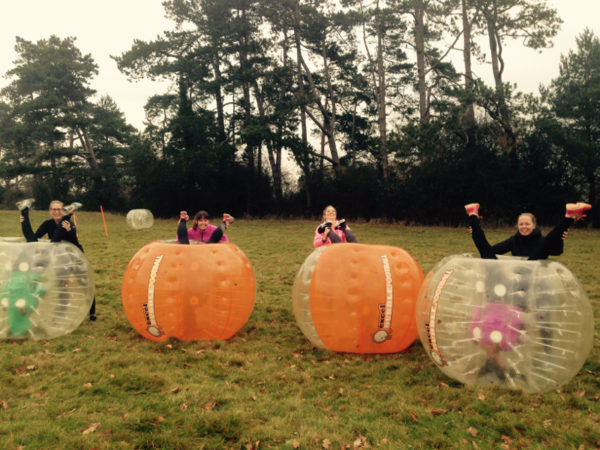 First up was a game of soccer, five a side. Being inside one of these bubbles was both exhausting and hilarious! Every time you made a run for the ball, another bubble player would bump into you and knock you off your feet. Being a spectator was even funnier! Next up was a game dubbed Bulldog. The object of the game was for the hen bubble to knock as many other bubbles off their feet as possible. Every time someone was knocked over they joined her team. These shenanigans ended with a good session of bubble rolling –  we were sure to give the bride-to-be a good spin. 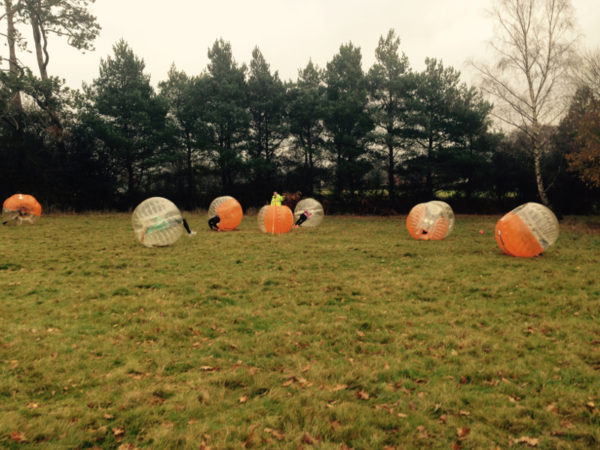 Knocked over by bubble football. 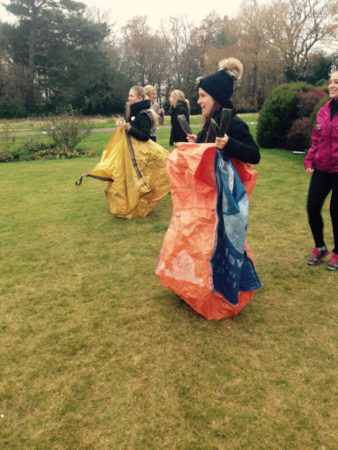 The girls recuperated with cake and champagne, while we set up the next round of activities. As a South African, I knew that we could not go wrong with a spot of traditional South African ‘boere’ sport. It’s far from gracious, but a whole lot of fun. Think three-legged races, jumping in sacks and egg-on-spoon competitions. Most of the women among us were South African and British and to our surprise ‘boere’ sport turns out to be similar to traditional English folk sport.

We divided the girls into two groups of eight and from then on it was game on! First up was the egg-on-spoon race. The only rule was that hands weren’t allowed to touch the boiled egg and the first team across the finish line with a whole egg wins. Each participant had to cover about 20 feet, before passing the spoon on in relay to the next team member. The level of competitiveness was impressive. Next we readied two huge sacks in which the girls had to jump (also in relay) to the end. There were screams, shrieks and shouts, as we battled it out. This was followed by a sprint on all fours, a three-legged race and a grand finale wheel-barrow race where one participant walks on her hands and another holds her feet.

The lady of the moment is South African, so our Saturday night party kicked off with a South African theme. Everyone went all out in leopard-print and bright African colours. We toasted the bride-to-be and celebrated until the wee hours.  In the end, everyone (particularly our bachelorette) had a fabulous weekend away. We tried to combine meals, tea drinking and partying with a healthy dose of outdoor activities – it’s the perfect recipe for a happy hen party. 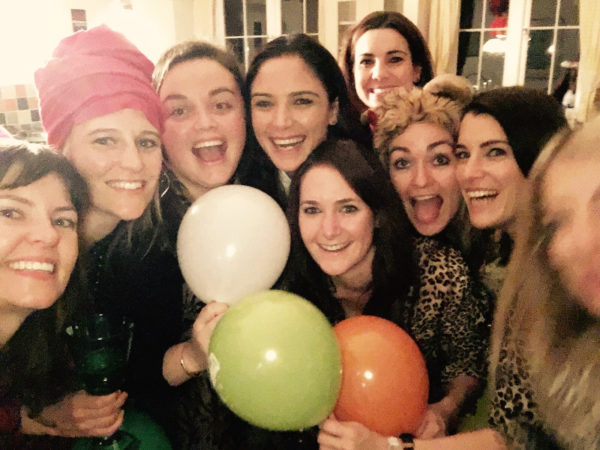