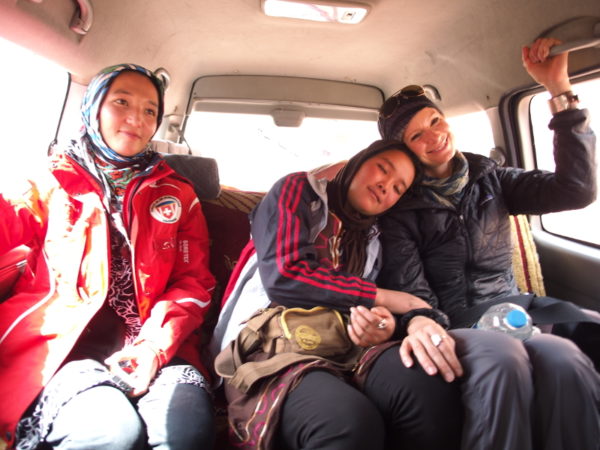 In 2009 Shannon Galpin was the first woman to mountain bike through Afghanistan, a country where women can be run off the road for riding a bike. Her motivation was to gain a better understanding of Afghanistan’s appalling women’s rights record. Shannon cycled 225km through the Panjshir Valley – by the time she reached the end of her journey, she had fallen in love with the landscape and people of Afghanistan. In 2012 she helped launch the Afghan Women’s Cycling Team and in 2013 she was named National Geographic’s Adventurer of the Year. We catch up with Shannon to talk about cycling and breaking barriers. 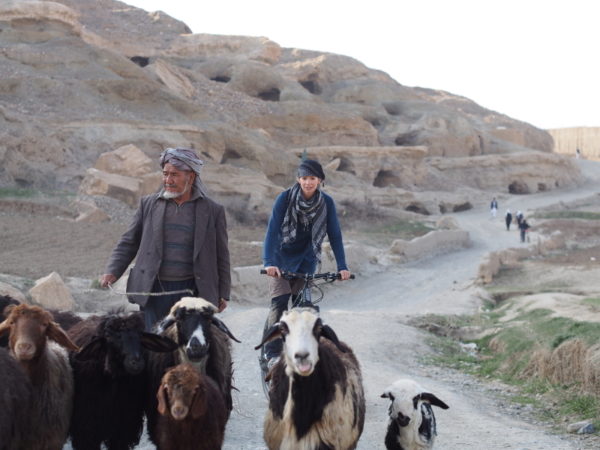 What drew you to Afghanistan? I was fascinated by this part of the world. Before 2009, I had lived in Beirut and traveled solo throughout Lebanon and Syria.  I wanted to dig deeper into the culture and history of the Middle East and Central Asia, but in truth it was Afghanistan’s awful women’s rights record that drew me there initially. My sister and I are both victims of gender violence and I was curious about the ingredients necessary for a country and a region to have such widespread oppression and violence towards its women.  As I began to work and travel in Afghanistan, I fell in love with the beauty of the landscape and the people that live there and began travelling deeper and more intimately on motorcycles, mountain bikes, and even snowshoes. 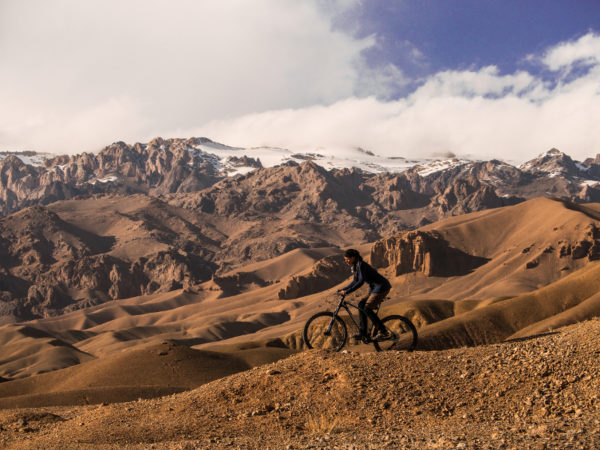 What was the biggest challenge of your 2009 ride? It was challenging having a journalist with me the whole time, as it changed my experience in terms of pace and goal.

And the biggest reward? My ride across the Panjshir Valley was an experiment in social norms, as much as an adventure and journey on a bike.  The rewards were the interactions with the locals.  This is a country that does not allow girls to ride bikes – during my journey I was continuously challenging this gender barrier.  As a foreign woman, I could get away with behavior that would be more controversial if done by an Afghan woman. I’d use that as a way to have conversations about women’s rights, women riding bikes, and women in sports.  My riding experiences in Afghanistan have always shown me the best of humanity and Afghan hospitality. Curiosity from locals leads to interactions, which led to conversations, which inevitably led to invitations for tea or dinner. Not once did I meet a family that allowed the females in the household to ride a bike.

How do Afghan men support women? There are many good men, especially the fathers and brothers of Afghan women, who encourage them to challenge barriers such as going to school and riding bicycles.  Men are an important part of this revolution, as they hold all the power in Afghanistan.

How does a bicycle serve as a vehicle to social justice? The bicycle has always been a vehicle for change. A perfect example is looking at American and English history in the late 1800’s. American and English women who rode bikes back in those days were often labeled immoral and promiscuous, simply because they dared to ride a bike.  In time the bike was intrinsically linked with women’s rights movements in multiple countries as it became a symbol and a literal vehicle for freedom.  The bike provides independent mobility and gives women the freedom to travel without an escort and over long distances.   The bike has been proven to be an important tool in reducing gender violence and increasing access to education and medical care in rural communities. It also plays an important role in the environmental movement in urban communities by reducing the number of cars on the road.

Likes this post? Then read our post on the Afghan Women’s National Cycling Team here. Shannon lives in Colorado and is the founder of www.mountain2mountain.org  and Dirt Therapy Productions.