As far as weekend trips from London go, the Snowdonia National Park is an absolute win. It has everything adventure and nature lovers could ask for: dramatic landscapes, hiking and mountain-biking trails, rock climbing, picture-perfect historic towns and even surfing! 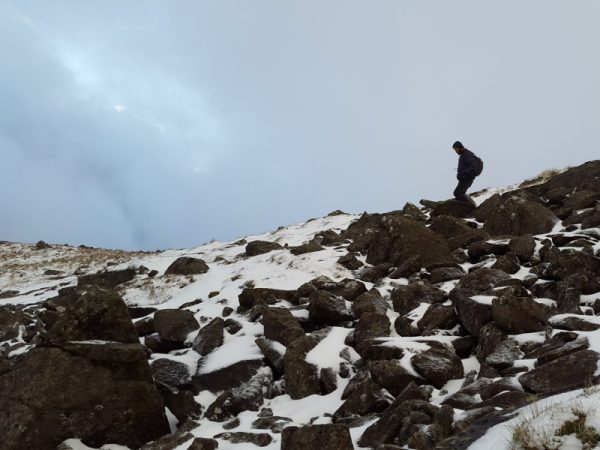 The Snowdonia National Park is an outdoor lover’s paradise.

We decided to explore the national park and summit its famous Snowdon over a weekend. My husband (Adam), sister-in-law, brother-in-law and I packed the car in London and drove the 4 hours to get to our destination late on Friday evening. It was the heart of winter, so luckily for us, our Airbnb had a heater. We also had to snuggle up with two single beds to four adults! 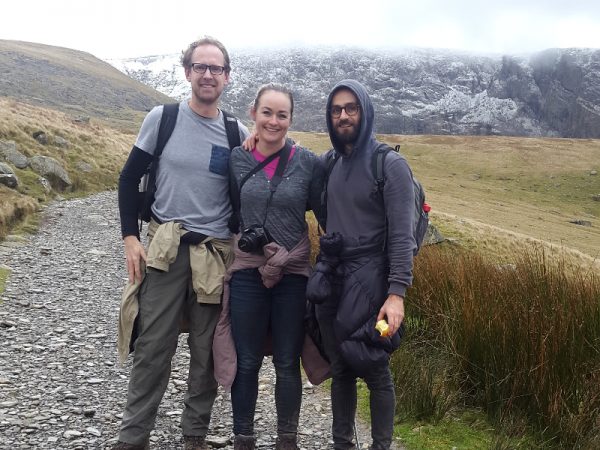 On the foothills of Snowdon (Jay, Abbey and Adam).

The next morning we headed to nearby Surf Snowdonia, an artificial wave lagoon situated amid forests and mountains, where Adam signed up for an hour and a half advanced session in the water. The waves were big and consistent, so he was in surfer’s heaven. It was only on the Sunday morning that we climbed the 1,130-metre-high Snowdon. 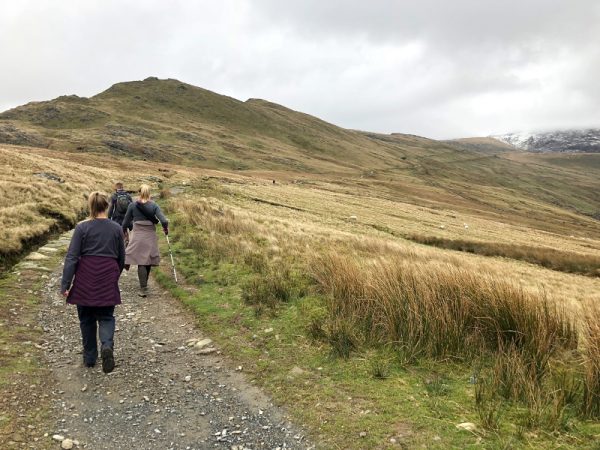 Gradual inclines at the foot of Snowdon.

Even though the weather looked stormy, we were determined to reach the top before heading back to London (in hindsight, it was a bit irresponsible). To say the least, it turned out to be intense. As we approached the top, we were greeted by a snow storm and I don’t think I’ve ever been as cold as I was that day! 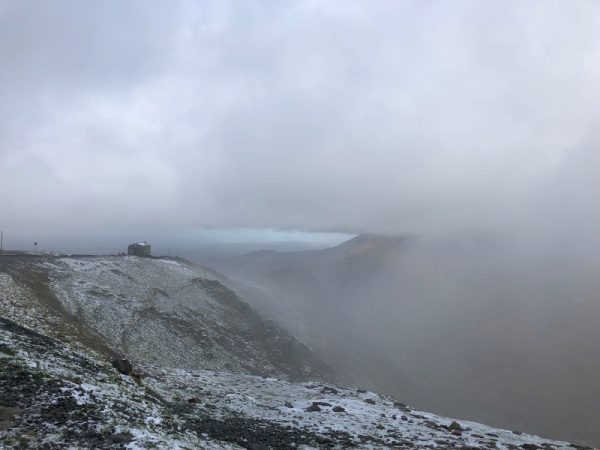 We quickly found out that Snowdon’s weather can turn quickly! 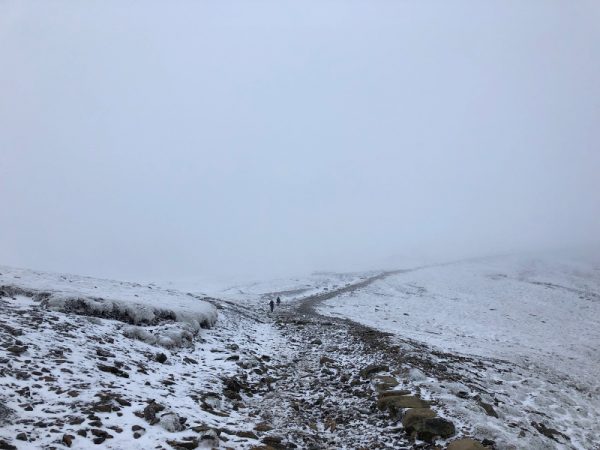 Not exactly what we envisioned when we set out to climb Snowdon!

It’s a perfect weekend adventure if you live in London. You can drive up on the Friday evening and be back by Sunday, while easily fitting in the climb. Known as the tallest mountain in Wales (and the busiest one in the UK), Snowdon feels like a slice out of Game of Thrones. Dramatic green hills give way to emerald blue lakes. 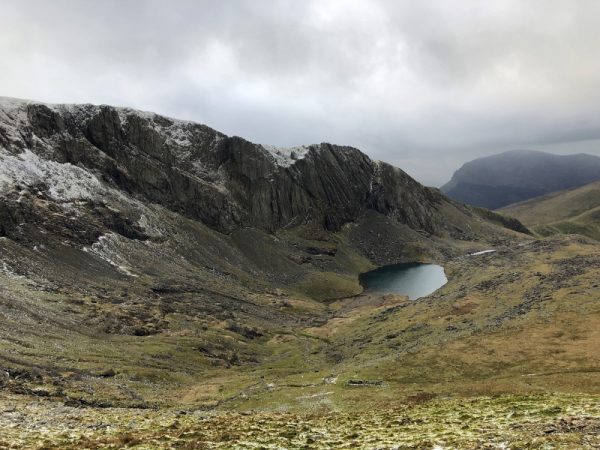 Scenes that remind you of Game of Thrones…

Towards the summit it got increasingly chilly!

In total, it took us about 8 hours, round trip. While one should be fit to summit Snowdon, there are many gradual inclines along the way. We opted for Llanberis Path, the most popular trail (out of 6) to the top. This 14.5-kilometre trail (there and back) is clearly signposted with plenty of other hikers on route to keep you on track. 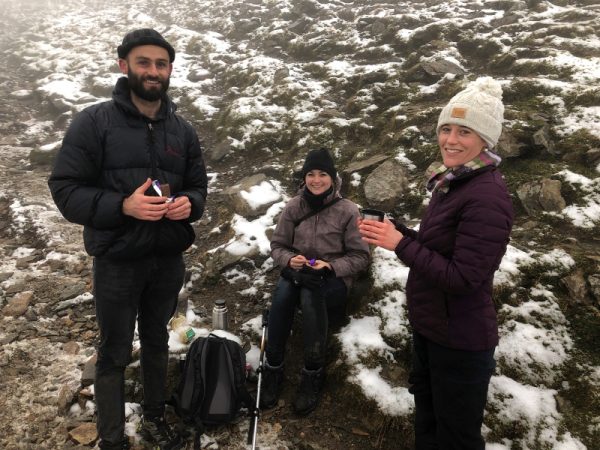 Warming up with some coffee and chocolate at the top of Snowdon.

Towards the beacon at the top, it does become steeper. For those too knackered to hike down, the Snowdon Mountain Railway train can transport you back to the town of Llanberis (check the schedule though, as it doesn’t operate consistently). [For more easy outdoor trips from London, check out our article on the Seven Sisters Cliff Hike]. 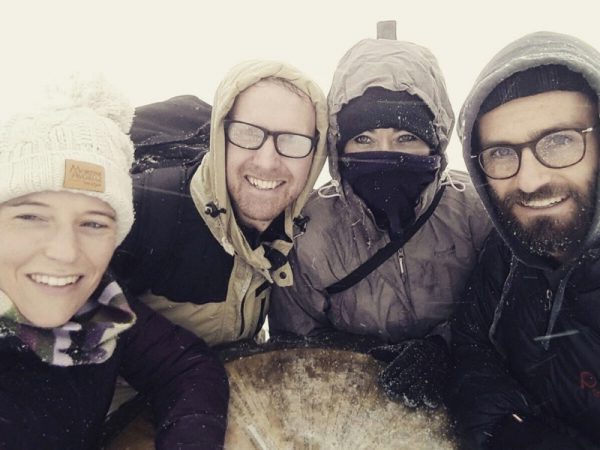 We made it to the summit, frozen to the core! 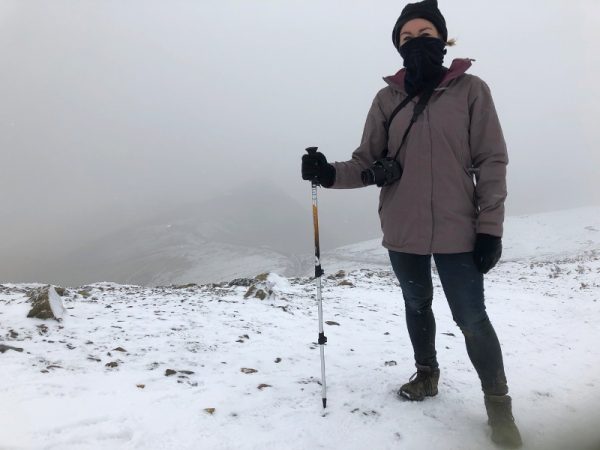 Generally, I’d say that the route we chose is a medium-to-advanced level hike and doable for those with average fitness levels. We were ill prepared for the weather, so one tip is to thoroughly check the weather before you set out and make sure you’re properly kitted out (think gloves, beanies and plenty of layers). 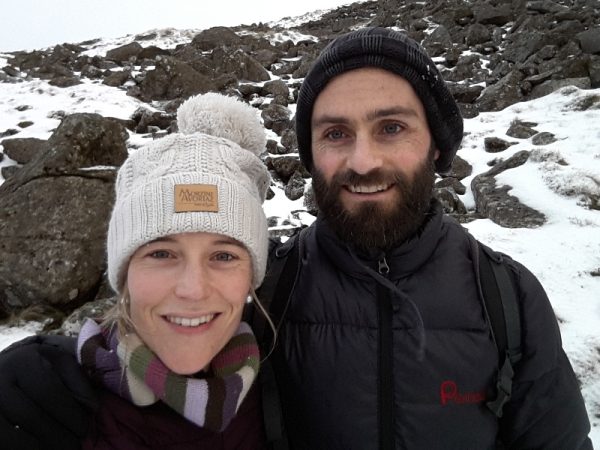 Adam had to keep my spirits up in the cold.

How to get there:

I’d highly recommend renting a car and driving to Snowdonia National Park. It’s on average a four-hour drive from London and seeing that there is so much to explore in the area, having a car gives you that extra flexibility.

Food on the trail:

We stopped at the Snowdon Café, which is situated at the base of the trail. It’s an old stone building with little nooks and crannies on the inside to choose from. We were pleasantly surprised to cosy up around a roaring fireplace where filter coffee and welsh cakes were served. The animated café owner came to chat to us for quite a while and gave me a complimentary recipe book of his favourite Welsh treats. There’s also a café at the top of the summit, but it’s not open during winter, so be sure to pack plenty of snacks and drinks. 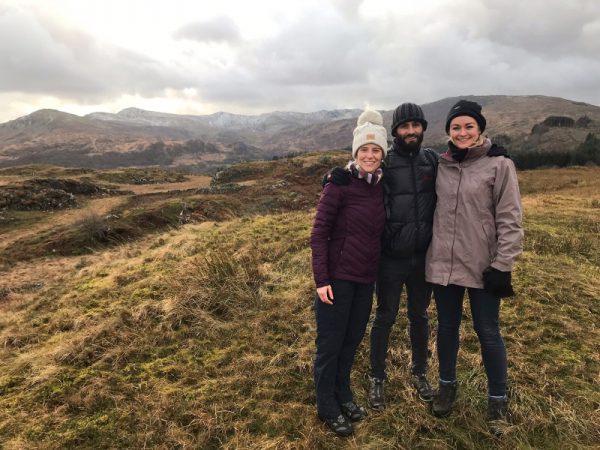 Enjoying the vast natural beauty of the Snowdonia National Park.

Looking for adventures in London? Check out this kayaking trip in East London.